“Not all improvement ideas are good ….

It takes a process and governance

so that bad ideas die

and the good ones flourish.“

Once upon a time….

A long time ago, when I first started working in a data center, I wondered why everyone complained about IT. Our internal customers would say things like, “They’re slow and bad.” “If you have to order something from IT development, you’d better do it manually, it’s faster and easier.”

Before the advent of agile methods, a “new” problem began to emerge in the organization where I worked, a problem that, years later, in the consulting world I was able to see firsthand that it was not unique to the place I worked for.

It turns out that once, as a result of an audit that was full of observations, we were asked to make a thorough review of the technology-based solutions that the organization had, at that time it was a shock to realize that there were certain business areas that to “jump” to the IT area, had justified the investment in hardware and the hiring of services that could take advantage of that hardware. I am referring to suppliers that did the installation of servers and the necessary software development and even developed or participated in the development of specific solutions for that area. The servers simply “lived” under the desktops and had their own network. All this, in a “clandestine” way.

When we became aware of this, Troy was on fire. At first, the senior IT managers were very angry, then it was a tantrum… but when the emotional schism passed, the question was… Why? Then we started a crusade to understand why the business areas were using their own mini-IT infrastructure when, at the time, the company where I worked had the biggest and best data processing center in Latin America. The truth is that at that time the process of understanding was more like the Holy Inquisition than a genuine interest in understanding and changing that reality.

The blow was hard. IT people rarely understood the real needs of the business. Many projects were “fabricated” by the IT area to consume the annual budget allocated to it at the corporate level (i.e. the budget for developing solutions was allocated to IT and not to each business), and the worst thing was that in many cases, there was not even a named sponsor from the business side. Paradoxically, in many other cases, users complained that their requirements were not important enough for the business area to do the effort to develop a solution and ask the IT department to allocate them budget and were taken care of. Ultimately the complaint was that the development process was “longer than Lent” and that, by the time the project was completed, the business need that had given rise to the project had changed.

Little by little agile approaches were incorporated and the problem was partially solved, that is, effectively with agile approaches you can advance the value capture of a solution, however, this brought greater complexity to the management of the IT area, emerging new actors along the way, roles such as the design thinking practitioner, the business analyst and the devops to cite a few examples, others were transformed as the Project Manager who evolved to Scrum Master (those fundamentalists of both worlds, if you want to throw hate, go ahead), the user role was transformed to Product Owner and we all had to learn new ways of working (WOWs).

Certainly, agile approaches are here to stay and to be optimized, so that organizations that manage to adapt to this new world will have the possibility to maintain and grow.

However, the software development process still has many areas of opportunity, and the development of underground solutions has not only not diminished but has increased with the emergence of cloud infrastructure technologies and ecosystems, which have facilitated access to technology with a do-it-yourself approach. I am referring to the options that exist today for accessing cloud infrastructure and emerging technologies such as Artificial Intelligence, or the concept of Big Data, including the increased market appetite for data scientists and the use of no-code / low code platforms.

Perhaps from the beginning the approach was wrong. During those years of inquisition, perhaps it would have been more assertive to genuinely seek a “governed” way out of the phenomenon we had identified. That phenomenon Gartner Group defines as “Shadow IT and refers to IT devices, software and services that are outside the ownership or control of IT organizations.”

Today the focus seems to be different, a new paradigm is emerging, one that challenges the established canons for developing technology-based business solutions. Check this out:

This is the Citizen Development world. Citizen Development is set to be part of the next wave of enterprise transformation and will take advantage of the digital and data revolutions we are experiencing. The movement seeks to regulate at an institutional level, the use of no-code and low-code technologies to increase productivity and value, while bringing technology closer to the business areas.

We will witness the rise of everyday people who can solve business problems with technology in their own workplace as they master these new technologies.” (Note: In the original article in Spanish this portion was translated and adapted from Citizen Development a handbook for creators and changemakers, PMI 2020. You can find more from Citizen Development in https://www.pmi.org/citizen-developer.)

Technologies that, until recently, were just concepts out of science fiction. Today they are a reality, thanks to emerging technologies such as Robotic Process Automation (RPA), Machine Learning (ML), the Internet of Things and Artificial Intelligence (AI). Yes, today they are a reality, and the good news is that they are closer than ever to the digital citizen, making innovation processes explode in the organization.

In today’s world, there are several approaches to catch up and understand the concepts and dynamics of projects that have components of emerging technologies and where we must prepare ourselves, if we want to be part of the project economy. One of the approaches that has caught our attention is the CertNexus Emerging Technologies program, which will soon be available in our training offer.

This program is one of the most comprehensive in the market as it covers aspects of cybersecurity, artificial intelligence, internet of things, data science and data ethics.

It is also designed so that you can begin to understand the concepts and dynamics of work at the Think level and for those who want to go deeper, they can do so with the Practitioner courses in each of these areas. 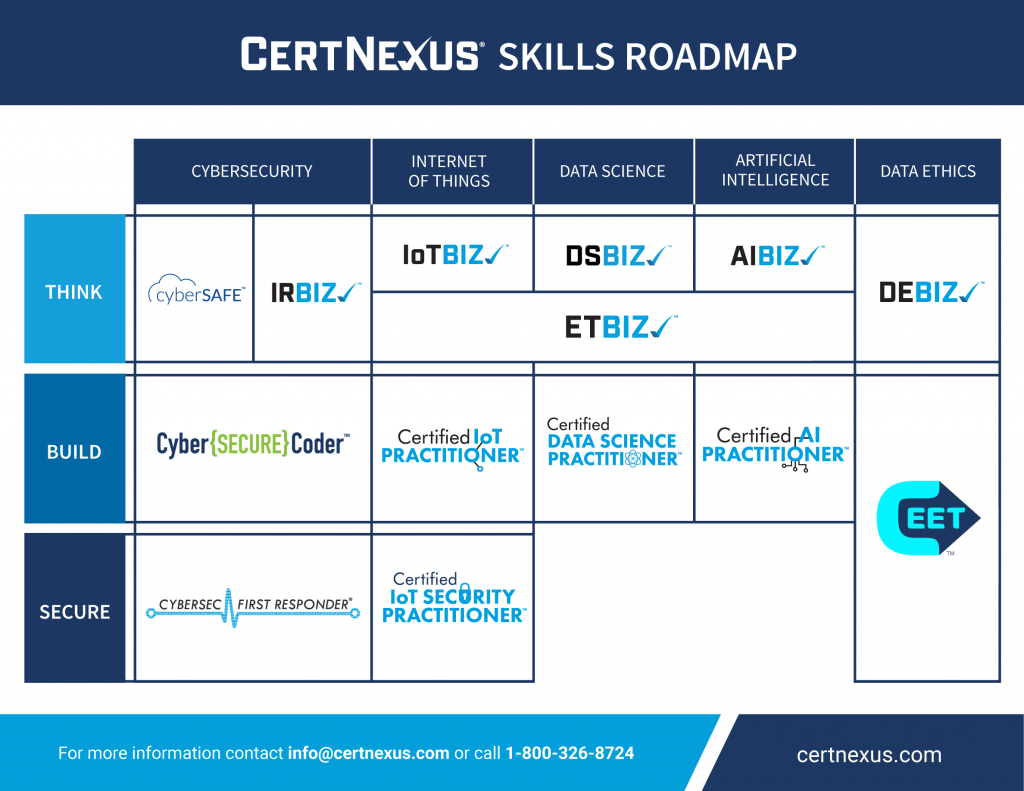 Many organizations have already realized that Shadow IT is inevitable. It simply cannot be contained. So perhaps the most appropriate approach is for there to be a dialogue in which all parties show a genuine interest in understanding the needs, implications and risks of their counterparts and together set the rules of the game.

This is a huge opportunity to leverage innovation for the benefit of the organization and requires many stars to align, leaving behind egos on the one hand and resentments on the other, for the organization to systematically transcend the turbulent times we live in

At Proyectum we believe that new technologies and business approaches are neither good (angel) nor bad (demon), they just are. The truth is that they are here to stay and continue to evolve, it depends on each of us and each organization as a whole, the way they approach and decide to use them.

However, we must keep in mind, as is often the case in this life, that great opportunities come with great risks. Today, many organizations are exposed to these risks by staying on the sidelines of emerging technologies or by continuing to “ignore” that Shadow IT exists. Many others may not even try to “avoid” these risks or may even be unaware of them. In any case, they are missing a great opportunity for productivity, innovation and staying relevant in a rapidly changing world.

On the other hand, those organizations that manage to decipher the key to make IT and business areas work in a cooperative and collaborative way, will most likely be closer to survive than those that do not. In Proyectum we have proposed to help organizations and individuals to understand this new world and to accompany them in obtaining value from this new and exciting world.